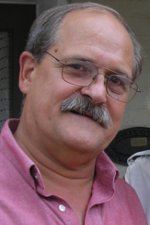 For over 30 years, Glenn Conrad ‘68 has played a leading and decisive role in the alumni affairs of Friends of Woodstock School, Woodstock Old Students Association and Woodstock School. His leadership and service to these organizations has had a significant, positive and lasting impact. It would not be an overstatement to say that Woodstock School would not enjoy its reputation for excellence as an international school today without the personal commitment of time, energy, expertise and resources of Glenn Conrad.

A lawyer by profession, Glenn first re-engaged with Woodstock School in 1983 when he was asked to join a small advisory group to re-vitalize and energize the involvement of the large number of Woodstock alumni living in North America. He was the author of the Constitution and Bylaws of the unincorporated, but very active “Woodstock Old Students Association of North America” and served as its first president. In that capacity he also served as a member of the Board of Directors of KW International (KWI), a registered 501-c(3)-US organization. He played a leading role in the transition of KWI from a largely mission representative board into an independent board of directors selected for their expertise and skills in non-profit board management. In 2006, when KWI devolved into two separate organizations, Glenn became a member of the FWS Board of Directors and in 2008 he became president of FWS, a position he held until the expiration of his term in 2012.

An unapologetic stickler in the details of legal accuracy for associations and non-profit organizations operating in the US, the importance of Glenn’s role in assuring complete compliance with US regulations governing non-profit organizations cannot be measured. He not only knew the law, he understood the importance of absolute compliance with it to avoid severe penalties to the organization and its donors for violations. He constantly held up for scrutiny how the program affairs, financial accountability, board membership and representation of KWI/FWS would be interpreted to meet legal requirements. His legal expertise was crucial in the transition of KW International into two separate organizations (Friends of Woodstock School and Kodai Friends International) as well as the recent legal merger of FWS and WOSA/NA into one body. In all of these legal matters, Glenn has provided crucial leadership with his usual self-deprecating good humor, intelligence and personal persuasiveness.

In addition, Glenn served as the first Director of Development at Woodstock School and as the Executive Director of the Winterline Foundation. In these capacities he has had a significant impact on the financial support raised for Woodstock School over several years. Glenn’s long advocacy of a Legacy Endowment Fund to ensure the future stability and viability of FWS/WOSA-NA has resulted in the current Fund Drive to establish FWS/WOSA-NA Legacy Endowment Fund.